Stadium security the setting for acts of theft and violence, and overseas the target of recent terrorist attacks

With Dallmeier's Panomera multifocal sensor system, perpetrators no longer get lost in the crowd.

Designed specifically to monitor very large areas from a single location, the Panomera multifocal sensor system combines the overall view with simultaneous top detail resolution. With this panoptic super-camera, more distant objects are displayed with the same resolution as objects in the foreground of the picture.

Superlatives like 'disruptive' and 'paradigm shifting' tend to get loosely thrown about, but in the case of Panomera they really, honestly, hit the mark. When it was trialed at Eden Park in 2013, the NZ Herald described the technology as 'a kind of fourth-referee for the crowd', able to 'record an entire grandstand - and monitor its thousands of faces.'

But Westpac stadium that has boasting rights as the first stadium in the world to achieve entire field and stand CCTV coverage, and the first in the southern hemisphere to benefit from the surveillance power of Panomera.

It's been an endeavor two years in the making. So exacting was CR Kennedy's (CRK) preparation of the site that the team used survey equipment ordinarily used in mining and roading to conduct a 3D scan of the stadium &ndash; right down to the nearest five millimeters.

Dallmeier's Panomera multifocal sensor system was specially developed for the all-encompassing video surveillance of expansive areas &ndash; perfect for stadiums. With Panomera, huge widths as well as areas with large distances can be displayed with a completely new resolution quality, in real time and at high frame rates of up to 30 fps.

Panomera has been put through its paces many times over in the tough spectator cauldrons of the English Premier League, where 18 teams and their venues now use the solution. A newly installed Panomera system in Sunderland's Stadium of Light, for example, gave the disturbing phenomenon of 'coin-throwing' its marching orders in 2016.

During a highly-charged game against Newcastle United, Sunderland&rsquo;s Security and Safety Manager, Paul Weir, and his team, were able to rewind and look back &ndash; in play - at the high definition Panomera images. They closed in, stated Weir, 'until eventually we spotted a guy going into his pocket and pulling outa wallet and getting a handful of coins before scattering them on the people below.' The individual was identified, arrested, and subsequently found guilty in court.

Due to the 'Panomera effect', huge widths and large distances can be displayed with a completely new quality, beginning where HD and megapixel cameras reach their limits thanks to its completely novel lens and sensor concept. Harnessing geometric construction principles, Panomera uses its megapixels in a way that displays objects that are farther away with the same resolution as objects in the foreground.

Depending on the area of application, different Panomera models are available: whether for expansive wide areas, long distance areas or challenging smaller surveillance areas. With Panomera, the specific quality needed for a particular distance can be individually adjusted: The multifocal sensor system can be adapted to every customer&rsquo;s needs and the resolution can be scaled nearly limitlessly.

Permanent recording of the entire scene

The well-known problem with PTZ cameras is that the operator has to choose between overview image and detailed view. They allow an operator to zero in on the action, but in doing so they miss what might be happening elsewhere. Panomera solves this. It does not matter which section of a surveillance area an operator focuses on at any time, because Panomera always records the entire scene.

With one Panomera system, a huge area can be surveyed from a single location in extraordinary detail. Movements of objects, such as people or vehicles, can so be tracked and reconstructed over long distances without any gaps in the recording or camera switching. The system is also facial recognition and number plate recognition-ready.

Not only does Panomera zoom in well with clarity, but it can also do so on playback. Backed by the system's LGC Forensics certification, it is thus possible to later reconstruct any event for use as evidence in court, regardless of where it took place, and to recognise all persons involved.

'The clarity of the images has dramatically improved the view of all supporters, [and] we have already marked up our first successes with it,&rdquo; reported Mark Hannibal, Venue Safety Manager at St Mary&rsquo;s Stadium in Southampton.'

'Several offenders have made admissions of guilt very quickly after being confronted with the excellent imaging material.'

In contrast to PTZ cameras, with which only one operator can control the camera, with Panomera, an unlimited number of operators can navigate across the entire scene independently of each other. Although all operators are connected with the same camera, each of the individual users can select their view individually and zoom or pan as they desire.

Owing to the Multicast capability, several users can view the images from Panomera without requiring repeated transmission of the data via network. Combining this capability with H.264 compression makes for superior bandwidth economy (a 15-sensor Panomera, for example, operates at 6Mb/s per stream &ndash; a total of 90 Mb/s).

In contrast to PTZ cameras, Panomera has no movable mechanical parts, which means there is no wear, extending the camera's lifetime.

With Panomera, the same area can be surveyed from a single location as with several HD cameras distributed over several locations. Since fewer camera installation locations are needed, the requirements for the infrastructure (masts, cables, electricity, etc.) are lower, along with expenditures for servicing and maintenance.

The stadium threat environment is constantly changing. While crowd hooliganism was a big feature of English stadium in the 1990s, this has been replaced by missile throwing and flare lighting. And as stadium terror attacks in Paris and Manchester remind us, venues able to pack in tens of thousands of spectators all in the one place are becoming targets of choice for IED and automatic weapon wielding criminals.

As the threats continue to change, the panoptic flexibility of the Panomera means that it can zoom right in without missing a beat &ndash; whatever the threat may be. 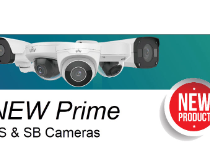 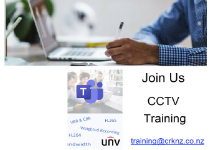 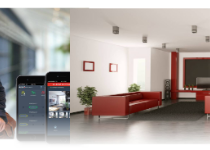 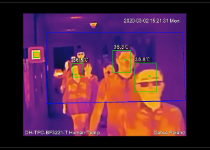 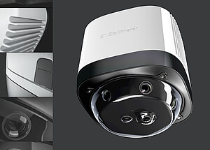 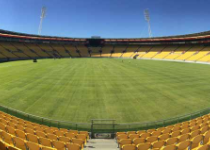 IP Intercom Kit in a box

IP Video Intercom kit is a complete solution that includes an outdoor station with a 2MP wide-angle camera.